The Cornisello – Amola circular itinerary runs at the foot of the majestic east-facing slopes of the Presanella, Monte Nero and Cima Cornisello mountains. The beauty of this awe-inspiring scenery is further heightened by the marvellous Lago Nero, from which the Brenta Group seems to emerge, dominating the horizon to the east. The entire itinerary features breathtaking scenery, from the lakes of Cornisello to Monte Giner, the Presanella Massif, Lago Nero, the Quattro Cantoni, the small Segantini lakes, the Vedretta d’Amola and, as mentioned above, the Brenta Group, which shows its entire west flank.

This evocative circular route also touches two suggestive mountain huts, Rifugio Cornisello and Rifugio Segantini, which are natural resting points. Overall, this is an unmissable trek to admire some of the best mountain scenery of Western Trentino, while at the same time enjoying an exciting excursion.

2) Choose a route that is suitable for your skill level

5) Heading out on your own is more risky

7) Do not hesitate to seek the support of a professional

10) In case of an accident, sound the alarm by calling the emergency number 112.

From the car park ( 1885 m ) take the tarmac road, on foot, in the direction of the Rifugio Cornisello (or else see if you can find a lift). Along the lane you will notice, down below, the wide Val Nambrone, closed by Cima Serodoli, Monte Nambrone and Pala della Falculotta.

The great mass of Monte Giner rises elegantly and keeps you company until the Rifugio Cornisello ( 2124 m ), which can be reached via the forest lane that ascends from the car park below.

After the mountain hut, continue along the dirt road until this joins trail No. 238 “Guide Dallagiacoma”.

Climb along the trail up several ramps . The route here runs on the top of a ridge offering some marvellous views over the lakes of Cornisello and the peaks of Scarpacò, Serodoli and Presanella.

It’s a short trek to the beautiful Lago Nero (2233 m), whose surface reflects the east-facing Brenta Dolomites that soar in the distance.

Continue for a short distance along trail No. 238 up to a crossroads, from where you must follow the directions for “Bocchetta dell’Om” on trail No. 216.

It’s a short uphill climb to “Bocchetta dell’Om” (2361 m), on top of the ridge that acts as a watershed between the small Vallina D’Amola and Val Cornisello. The scenery here is absolutely marvellous, offering a 360° view. Looking towards the south-west you can make out Rifugio Segantini.

Continue along trail No. 216, which climbs gently on the south-facing flank of Cima Pellissier. At 2411 m the trail first descends into a hollow and then ascends, via a short ramp, with a beautiful view of the immense east slope of Cima Presanella.

Out of the hollow, you can see the ledges of the Rifugio Segantini. From here, it’s downhill in the direction of the mountain hut, crossing a picturesque bridge over a branch of the Sarca d’Amola stream.

The Rifugio Segantini (1885 m) lies on a panoramic granite terrace. Towards the west, you can clearly make out the great bulk of Cima Presanella; to the east are the Val Rendena and the Brenta Group.

After a short rest at the mountain hut, descend via trail No. 211 “Oscar Collini”, down to the ridge that dominates Val D’Amola and then to the green Vallina D’Amola near the mountain dairy with the same name (2064 m). Continue on the left along the nice forest road and, shortly before crossing the bridge on the river Sarca, take trail No. 211 on the left, which serves as a short cut.

The trail soon rejoins the dirt road below, which you continue along, on the left, back to the departure point.

Via the “SS239 della Val Rendena” national road. From Pinzolo continue towards Madonna di Campiglio and pass Carisolo. Just before S. Antonio di Mavignola follow the lane on the left with signs directing you to Rifugio Cornisello, Rifugio Segantini, Val Nambrone. Follow the road for about 8 km up to the departure point, at the crossroads for “Rifugio Cornisello” on the right and “Rifugio Segantini” on the left (1885 m); there are a number of car spaces along the side of the road in both directions.

Book recommendations for this region: 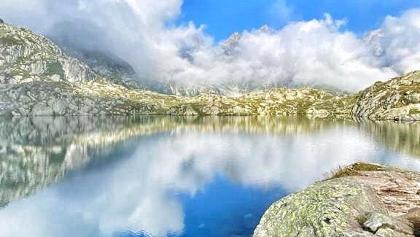 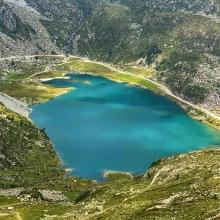 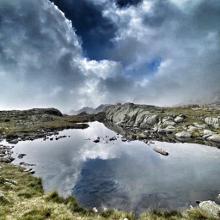 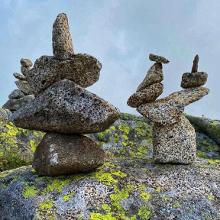